Tom O’Connor recently celebrated his 30th Anniversary with TSB Bank. As a local banker, O’Connor has shown passion and dedication to serving our rural community. During the course of his thirty years he has held positions as a Board of Director, Chairman of the Board, President and CEO.

Tom was sworn in as a Board of Director for TSB Bank October 7, 1991 and within a year became Chairman of the Board. In 1994 he stepped into the role of President as a temporary position for six months. In September 2013 O’Connor became the bank’s CEO.

O’Connor’s early career history was in the agriculture industry which includes farming for 28 years and he was a cattle dealer for 40 years. He also owned Autumn Ridge Golf Course in Valders, WI for 18 years.

Throughout his career Tom has spent much of his free time volunteering. He was very active in youth athletics including coaching and master refereeing on the high school level.  He served 9 years on the executive board at Winnebago Lutheran Academy, served on many committees for the Lomira School District, was a long time member of the Lomira Chamber of Commerce and was also on the board of his local church.

When asked what Tom enjoys most about community banking his reply was simple: “People.” “Serving and helping people when they need you. I love seeing my fellow community members be successful in their business.” 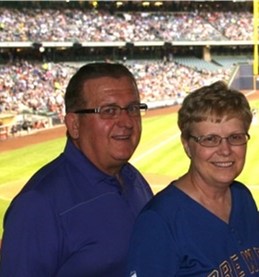